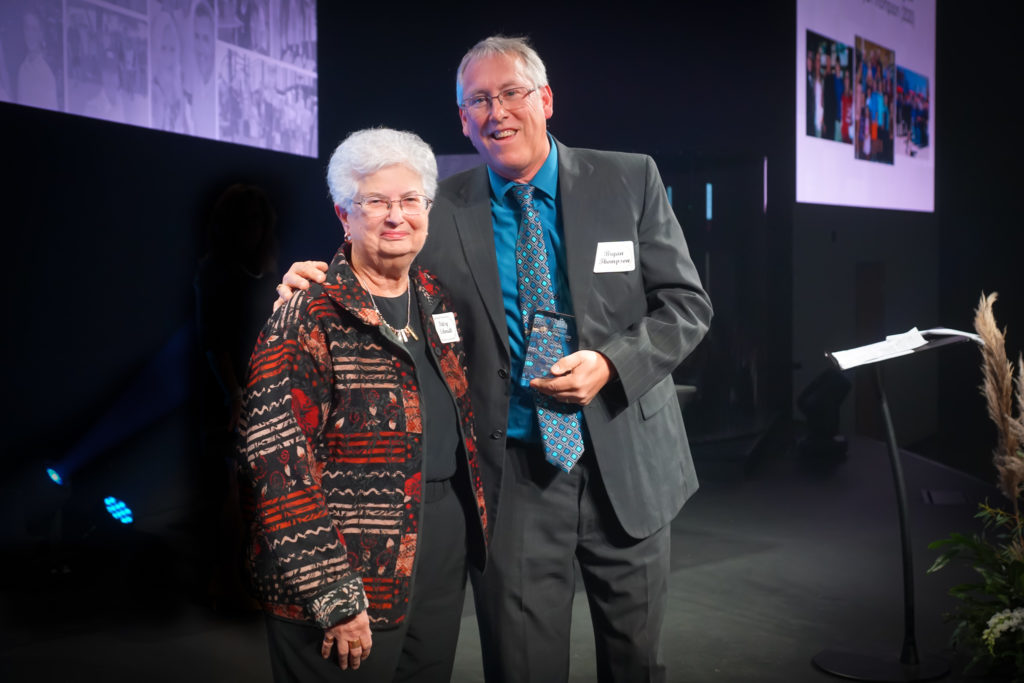 While working at the family farm in November of 1999, Bryan fell thirty-five feet off the barn’s roof. He sustained severe injuries to three of his limbs and spent two years in a wheelchair, working on Physical and Occupational Therapy. During his two-year recovery, Bryan needed to change his career. Not knowing if he would walk again, he went back to college.

Bryan attended the University of Nebraska Omaha and graduated in 2003 with a Degree in Management of Information Systems. After graduation, the .com business collapsed and there were no jobs in the computer field. Bryan founded Elkhorn Computer in 2004. Today, with the help of two of his children, Elkhorn Computer is now ECS Technology Solutions.

In 1984, Bryan married his wife, Kathy. They raised three children in Elkhorn. Lisa graduated in 2003, Michelle in 2006, and James in the class of 2007. Each of his children obtained a bachelor’s degree from the University of
Nebraska Omaha. Bryan and Kathy now have nine grandchildren, whom they spend a lot of time with at their cabin in South Dakota, where they enjoy boating, swimming, grilling, playing games, and fishing during the
summers.